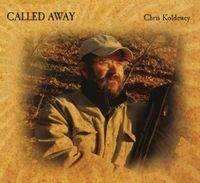 This is an online incarnation of a weekend event that would have been held at a resort in the Catskill Mountains. Similarly, to the “in-person” weekends, there will be workshops as well as concerts. Performers will include John Roberts & Lisa Preston, The Vox Hunters, Heather Wood, and John Ziv. It is highly recommended that one attends all the events possible, but Chris’ workshop portions are as follows:

Saturday November 7 - 11:00 AM Paddy West’s School of Sailor Stuff - Ever wonder just how those old sea chanties were used during the age of sail? Join Chris in his description and “virtual” demonstration of the working of a 19th Century Square-Rigger, and the specific songs that helped get those various jobs done together and more easily. By use of a PowerPoint demonstration, and Chris’ knowledge gained after a 20-year association with the demonstration squad of Mystic Seaport Museum and sailing the square-riggers, participants will sail a 19th Century vessel through Cyberspace, singing as we go. Time will be allotted for questions and answers.

Sunday November 8 - 12 noon: Surf and Turf from NYS and New England Ballads, Songs and Stories collected primarily from New York State and New England. Songs will be from those collected by some of the cornerstones of folk music collecting in the 20th Century, and from some of the singers who carried on the traditions with their own songs.

A complete list of workshops and concerts, as well as registration, can be found at the Folk Music Society's webpage.

Hope to see you all there on the weekend of November 6-8!